Once again The Branch was involved with The Big Bash – the first one of Jim’s reign.
As it should be, Jim went down a different track – the main fund-raiser was a 50/50 raffle, which raised £280. Three buckets went round the rec. asking people to have a go and buy a ticket, with the winner taking half the money raised.  £140 – half the money – was won by Betty Cooper, with the Mayor pulling out the winning ticket.
What was good was the people who turned up to  help. Beside the old hands like Derek, Stuart, Jim, Iain, Richard, Euan, Kieron, Reece and Bradley, we had a very good attendance of new members, such as Martin, Liz and three of her children, and later her husband and the rest of her family joined us.
Liz and her children put together a treasure game and a “guess the number of sweets in a bottle”, which was very pleasing, but a lot of work for a poor return.
Jim made a “getting a football through one of two holes in a board”.  He ended up with the hump, as most of the youngsters managed it, he could not. When he tried, the ball nearly ended up in an ice cream van.
The sad thing was that despite a very good turn out from The Branch, we only raised a total of £184.00. However, it was not just us who suffered, as the rest of the stalls were hit, as was The Car Boot Sale.
What was good to see was the way all our members and the junior committee got on, had a laugh, and worked together. Our thanks is as warm as the weather was. Thank you all – it is very much appreciated.

Committee Members at The Bash: 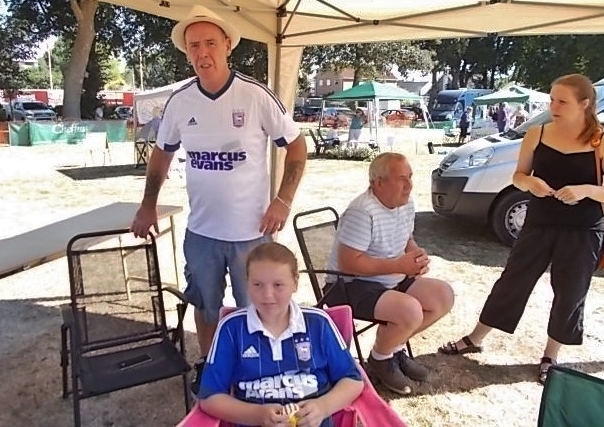 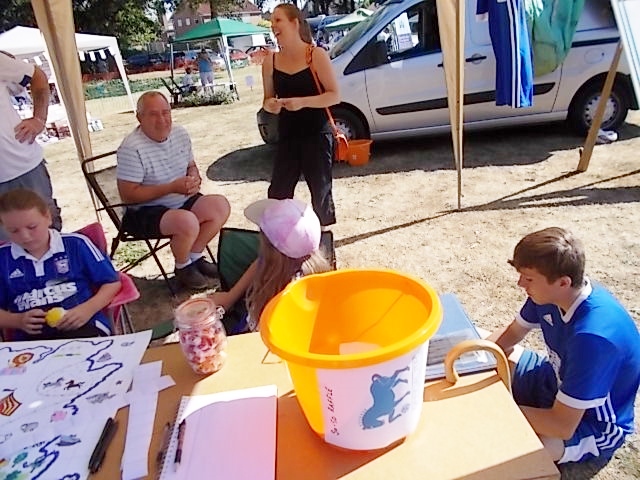 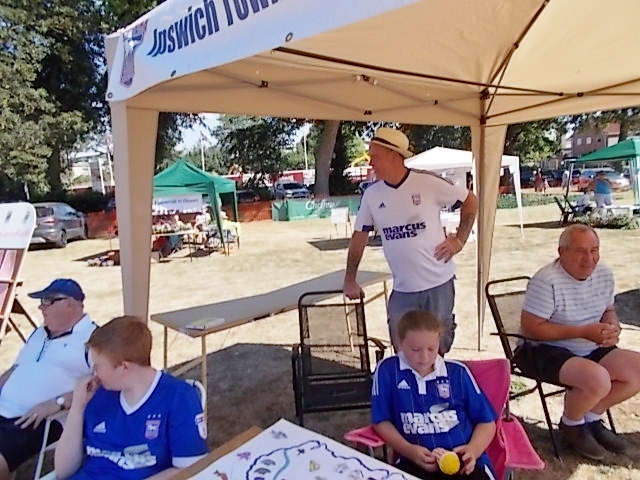 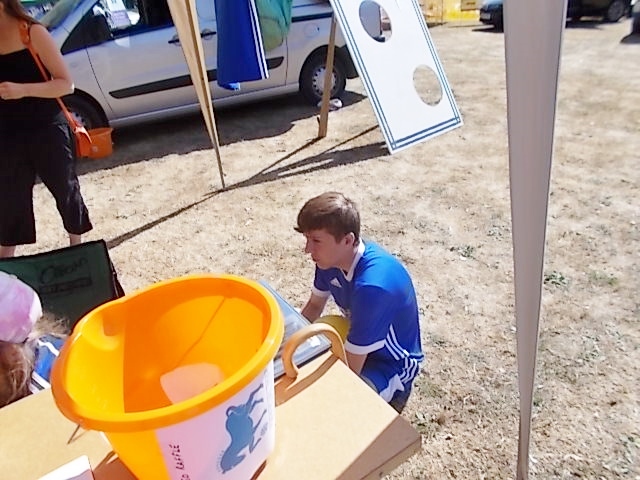