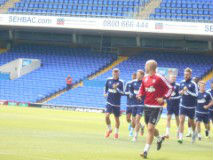 Ipswich Town held their Annual Open day on the 30th July, expecting about 4000, but they well and truly passed this number and in the end were well over 8000. Haverhill were represented by at least 6 youngsters and 2 adults – perhaps a lot more. With this many there , it became difficult for some of the younger ones to see. Perhaps in the future it might be a good thing to open all of the stands at ground level and spread the people. I appreciate that it might not be possible as access would be wanted for the displays outside, but it would be easier for players to go round the ground and sign autographs. 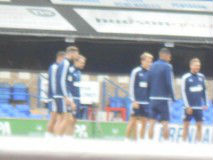 Players in the training session. 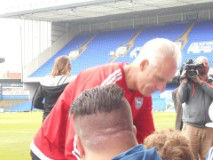 The manager signs autographs for the fans.

At the same time, this was a great treat for the youngster, not only watching a full practice session, but also having the chance to get near to the players. Well done to all concerned. 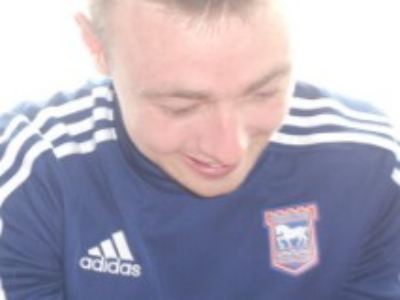 Freddie Sears was asked to commiserate with the dad of three of our members, as he is a Colchester supporter. His sons have converted to Ipswich. 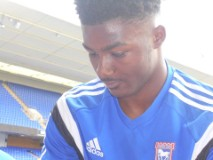 The autograph of Ainsley Maitland-Niles was very short compared to the length of his name. I called him back and asked him what his signature meant. He became very popular with our group as he broke into a big grin, and gave a loud chuckle. he proved what a very nice and friendly guy he was. On behalf of our branch, I wish him a very happy stay at Ipswich.