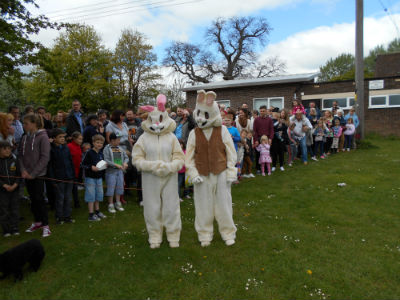 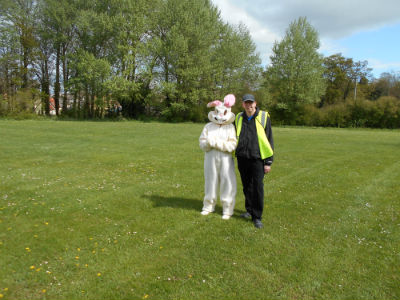 This was the 34th year of the annual Easter Egg Hunt held on The Great Meadow in Kedington. It is now run by The Haverhill Branch of the Ipswich Town Supporters Club.
From the start it was obvious that numbers were slightly down. This was because of the cold weather in the morning and the overcast conditions all day, but most importantly because Easter fell at the end of the school holidays and a lot of families were away.
Despite this, we had approximately 400 people taking part.
Refreshments were available and two raffles were also held.
The hunt began at 2 o’clock, with a mass charge across the meadow and eggs were quickly found. The first large egg was claimed by Debbie Saunders, followed by the gold egg, claimed by Olivia Dyson, aged 4.
A further 6 large eggs were subsequently claimed, along with nearly 600 cream eggs.
Special mention must go to the helpers who turned up on the day – in all 25 came and worked hard during the afternoon to make the event a big success – and to the 2 Easter Bunnies who kept the children amused, as well as giving out little treats.
Again, it was good to see one of our stalls run by some of our younger branch members. They not only looked after their stall, but also found time to keep other helpers going with bacon rolls, teas and coffees.
Our very sincere thanks go to Peter the Painter who sponsored The Easter Bunnies and to Lynne Dale for making a cake for one of the raffles. We would also like to thank all the other companies and people who sponsored the event or who gave prizes for the raffles. 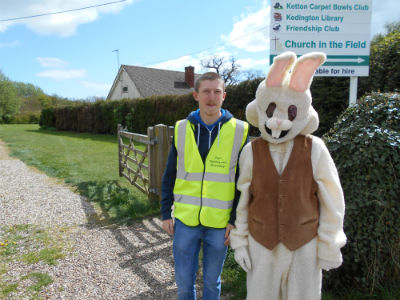 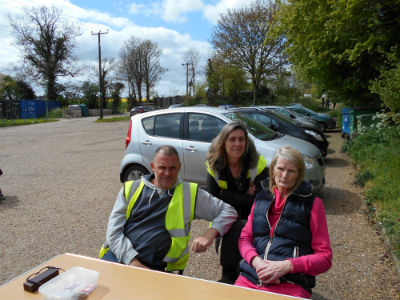 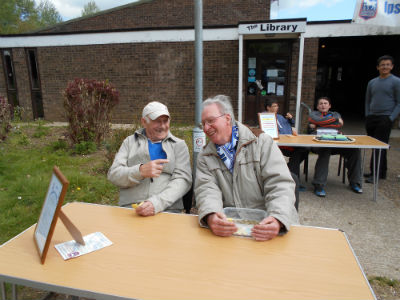 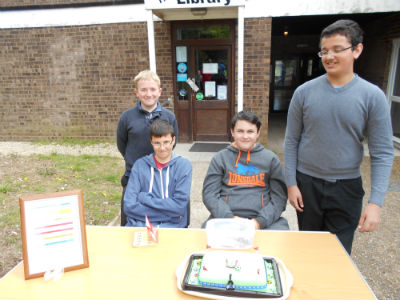 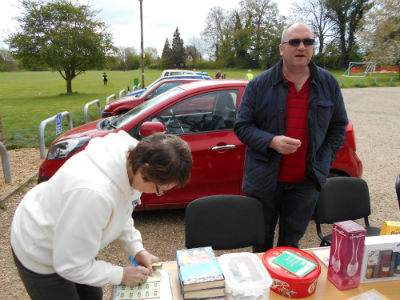 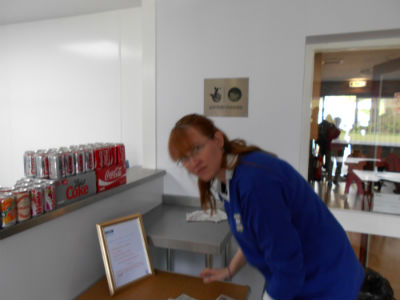 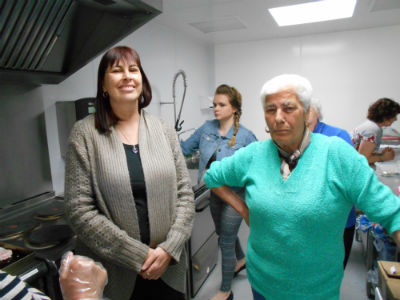 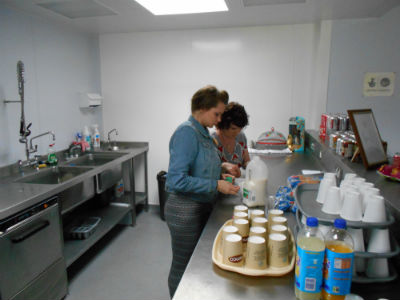 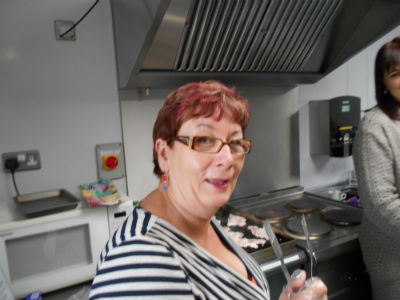 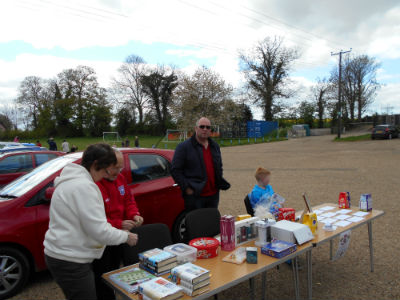 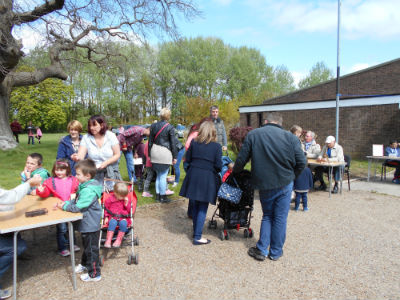 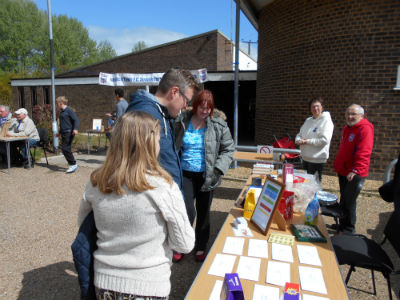 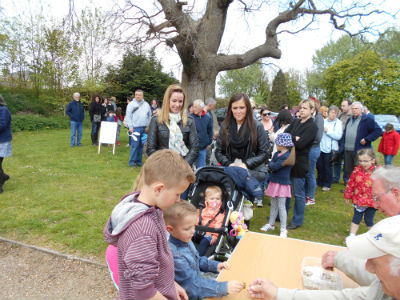 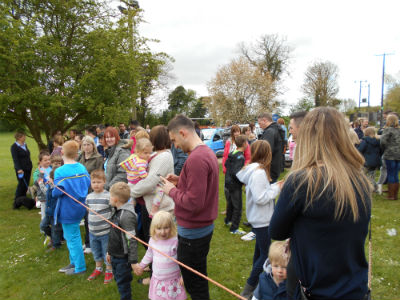 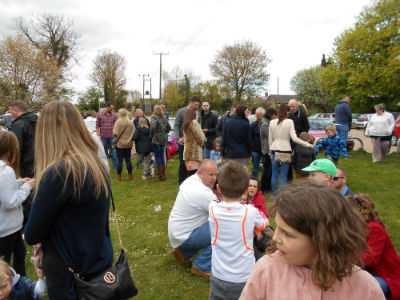 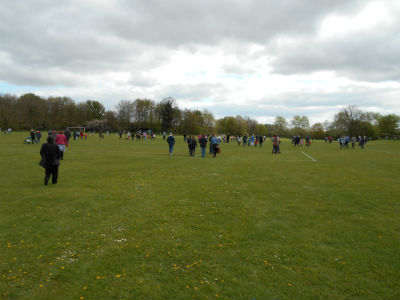