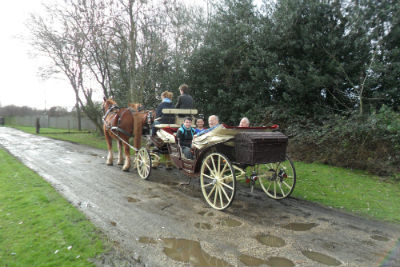 2nd Mar 2014 – As the result of a request to take some pictures for our website of Suffolk Punch Horses and an offer from Hector Bunting to visit their Estate  we found ourselves on the way to do so. There should have been 4 cars but circumstances reduces us to one

We arrived on the Estate at 10am and were directed about 200 yards away to the farm where we were greeted by Christopher and Sam who looked after the horses. We were expecting to be on a flat topped trailer with a horse but instead Chris took us into a barn and said “Which One would you like” pointing to two carriages fit for Royalty – we were then introduced to our 2 horse engines – Bruce and Will.

Whilst we looked round all the stables and under cover paddocks at all the horses of which there were many including some black Frisian horses, so gentle and happy to be cuddled, Chris and Sam fitted them up ready – not a quick job.

It was at this point that Hector Bunting’s dad, Stephen, arrived on the scene and suggested to Chris and Sam they took us out on the road – he followed on behind for about 100 yards taking photos for us on our Cameras.

We were out for well over half an hour and on arrival back were treated to the spectacle of three of the horses in the undercover paddock, sensing it was time to be fed, getting excited and running round and round the paddock at full pelt – the sound of their hoofs had to be heard to be believed.

After some photos as well on the Tractors – appropriate being Tractor boys we left at well past midday.

We would like to thank Hector & Stephen Bunting, Chris and Sam and of course Bruce and Will for their kindness in giving us such a great day. 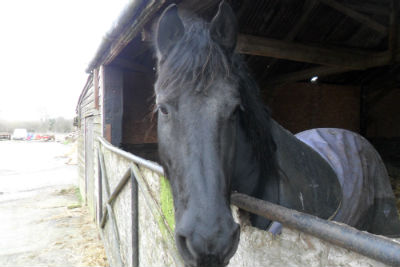 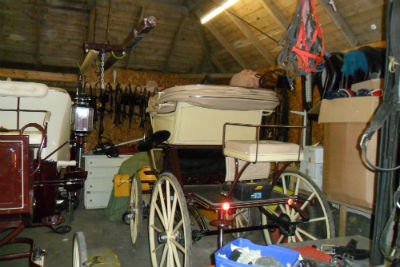 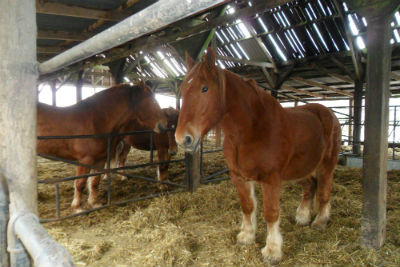 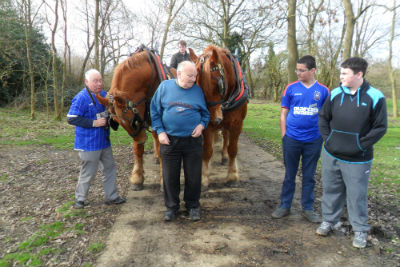