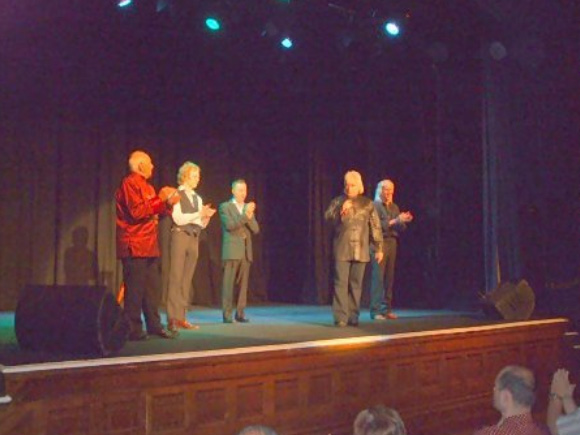 The Official Haverhill Branch of the Ipswich Town F.C. Supporters Club were proud to be able to present a fantastic concert in Haverhill on 29th May 2009. The concert was headed by the son of the late great Matt Munro – Matt Munro Junior.

He was supported by Ian Stephens who did a tribute to Jim Reeves and by Zak who has toured professionally for many years – as well as our very own Moggie.

Also helping out was Richard on the Guitar, from Haverhill.

It was a fabulous concert, throughly enjoyed by the 100+ audience.

The event raised over £800 for the branch.

The Haverhill Branch were proud to be able to present Honorary Life Membership Certificates to Matt Monro Junior (even if he is a QPR supporter), Ian Stephens and Zak.

The amount of work that Zak and Moggie put in to make this such a great evening is hugely appreciated. Our thanks are unlimited. It must be said that Matt Monro Junior was so down to earth and was willing to spend a lot of time talking to the fans – well done Matt and many thanks.

It is also very important to inform you all that all these people did this job for nothing and even when they were offered expenses they turned it down. It is so easy to say thank you but it is very difficult to say anything else but I must admit I was overwhelmed by their generosity – so much so that I am willing to forgive Matt for his connections with QPR.

I hope that he will keep his promise of coming with us to see the Ipswich v QPR game, however he might shy out as he has a bet on the result with me and I might feel guilty in taking his money!

Here are some photographs taken during the evening; 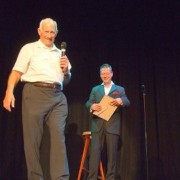 Eddie thanking his team for organising the show, and thanking the performers and audience 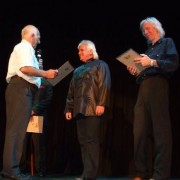 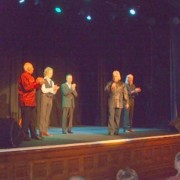 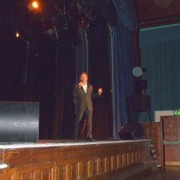 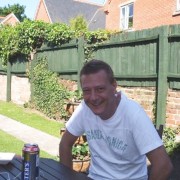