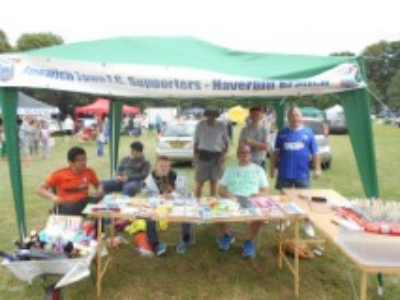 Once again our Branch was well represented at The Haverhill Bash, with two stalls, one selling pick a stick to win a prize(for the younger ones), and the other, our old favourite, a barrow full of groceries, beer and wine. Again, we excelled ourselves by increasing the total amount of money taken. The income has steadily increased every year – this year we took £23.00 more than last year.

The four members of our newly formed Junior Committee were there in force, running the pick a stick stall, and whilst the income from that was down by £22.00, this time we were in fact only aiming at the children, instead of adults as well. At the end of the event, there were still 18 prizes left, which will be ready for the late night shopping event in December.

The income from the barrow was up by £40.00. If there had been an extra two or three adults helping, we could have made more money. As it was, it was the junior members who helped with the barrow, as well as their own stall. Sadly, on the adult side, it is always the same old faces who do all the work, so lets hope for more support next time. It was an eventful day.

We began by sitting under the gazebo, but after a tour of the rec. towards the end of the day, catching all those at the car boot sale with our barrow, as we returned, Reece was heard to say “Where is our gazebo?”. Sadly, it had been wrecked by a sudden gust of wind, and is now a tangled mess. We might put it up as a prize on The Late Night Shopping. Thanks to all concerned for another job well done. Everyone under the gazebo at the start of the day:

Where did the gazebo go? 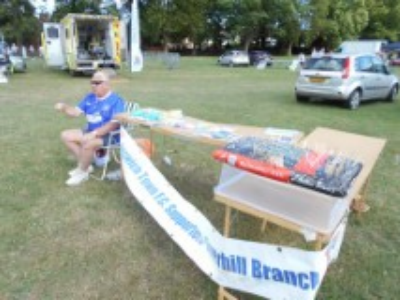 Other photos showing the Junior members hard at work. 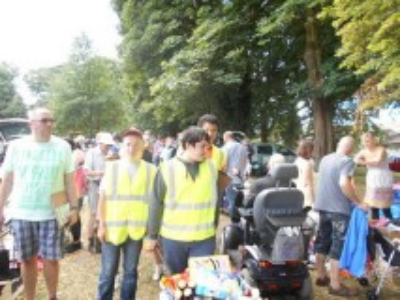 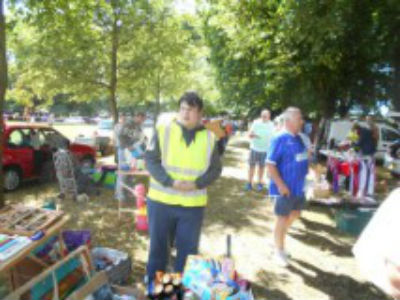 And having a well-earned breather. 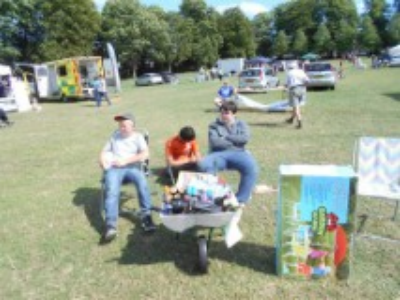